Set Design & Costume: Diogo Pereira
Bute Theatre, 2017
Willy tries to catch up with the rhythm of the Carousel
When I started to think about which kind of psychological space I could develop for Willy Loman - dealing with his own ghosts - the idea that came to my mind, was an oniric space that could rotate, in which the tired Willy insists in trying to catch up with the rhythm of his own spinning microcosm - a representation of the consumerist world - that idea evolved for a Carousel in which an old man is walking in circles, still trying to achieve his own childish dreams. The onirical mood and atmospherical environment is inspired by the movies of David Lynch: "Lost Highway" and "Muholland drive"- a lost space, a sonambolic state of mind from a character that lost his route, along time ago, and saw his dreams being transformed in a nightmare. The Advertisement Signs are always present, suspended in the Sky - they represent his dreams, thoughts, references and limits - the symbols of the American dream in which "The Sky is the Limit".    Diogo 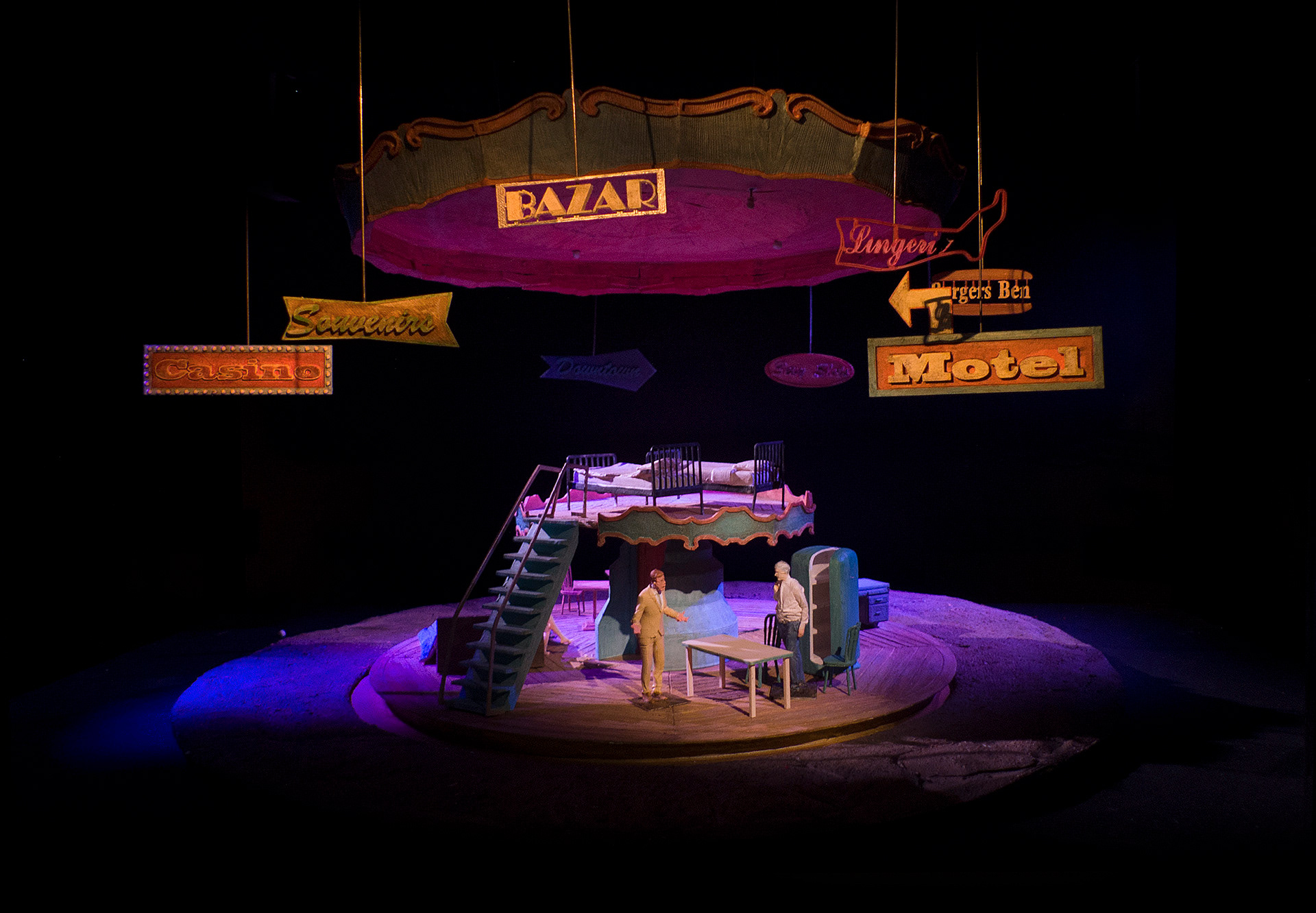 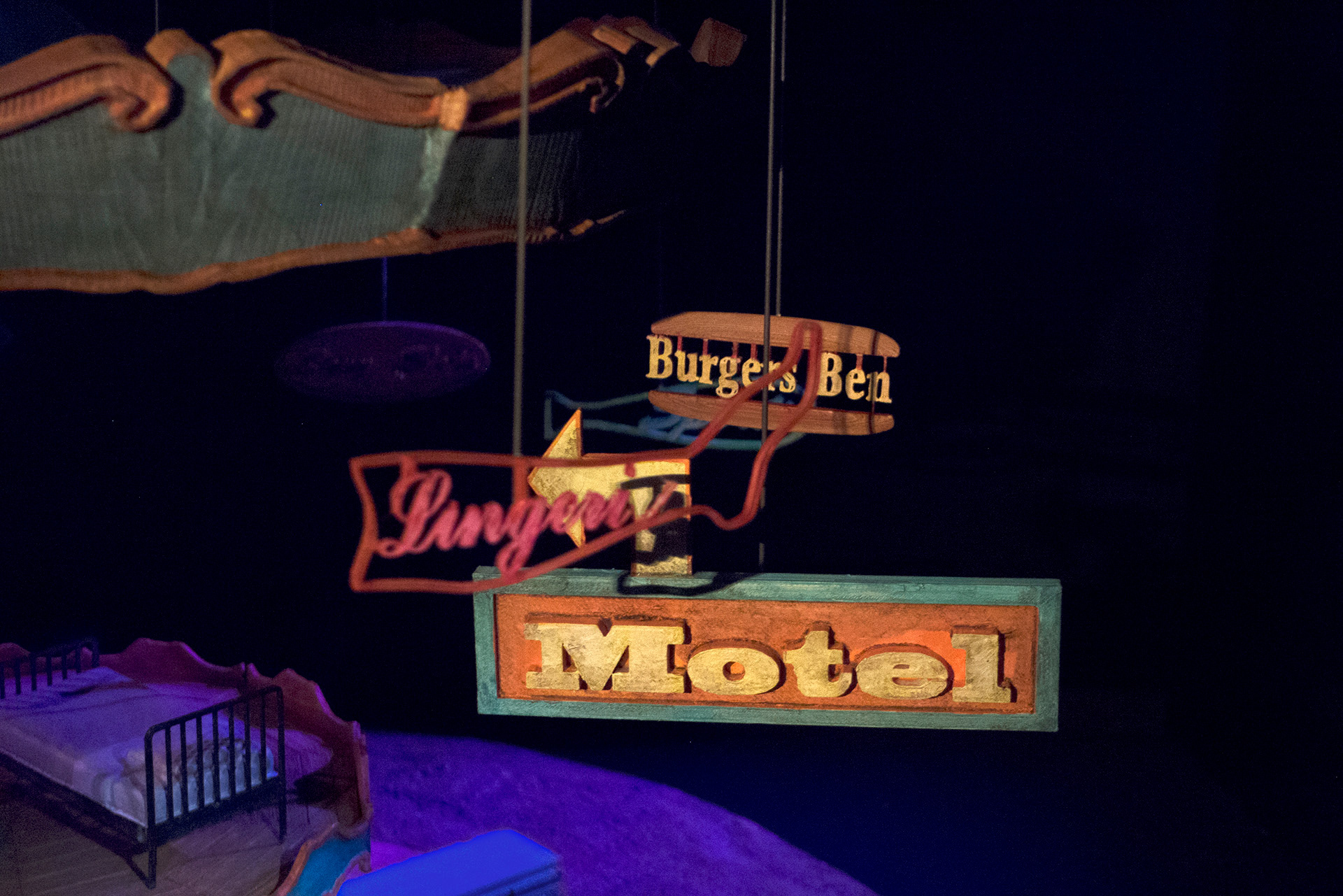 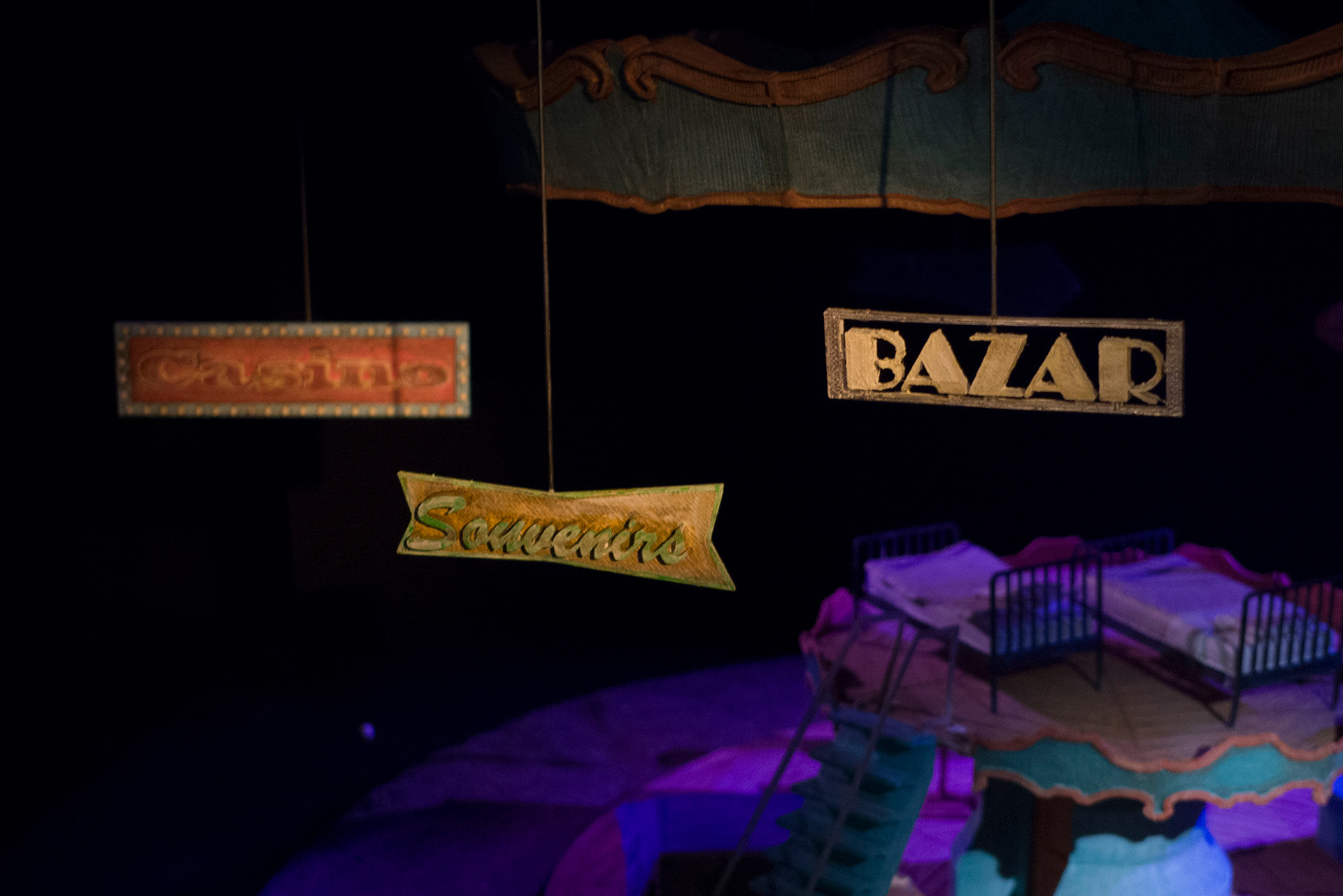 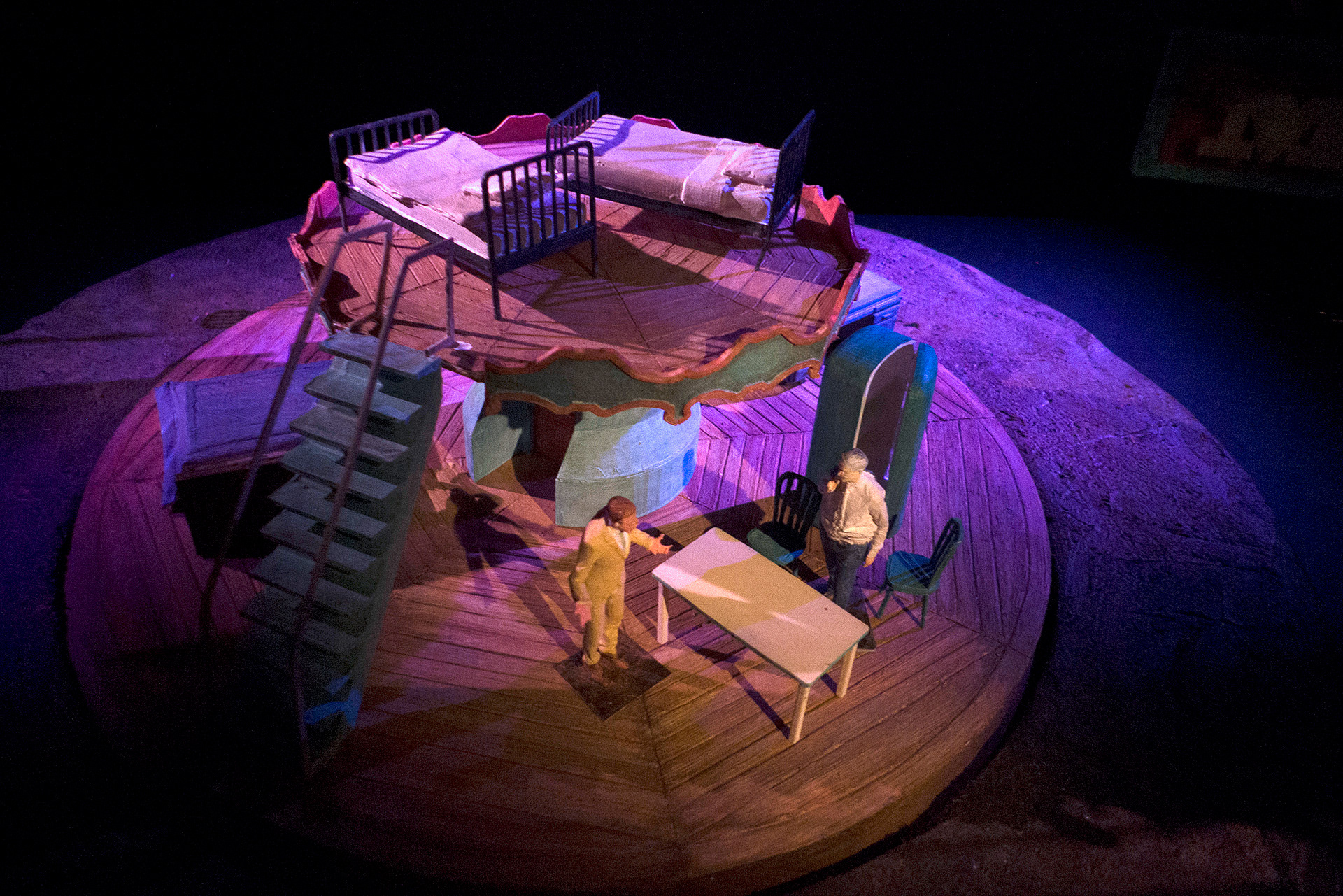 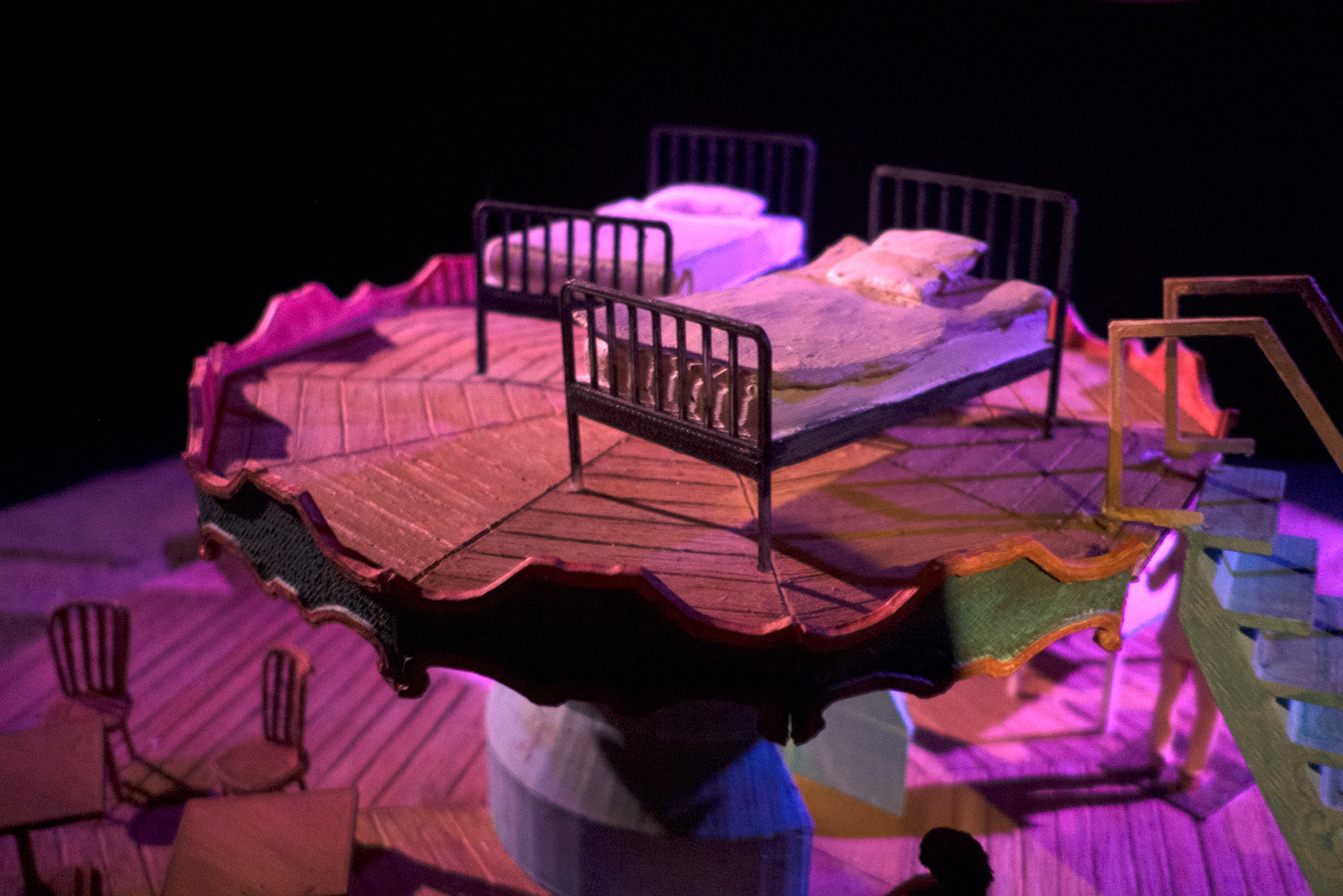 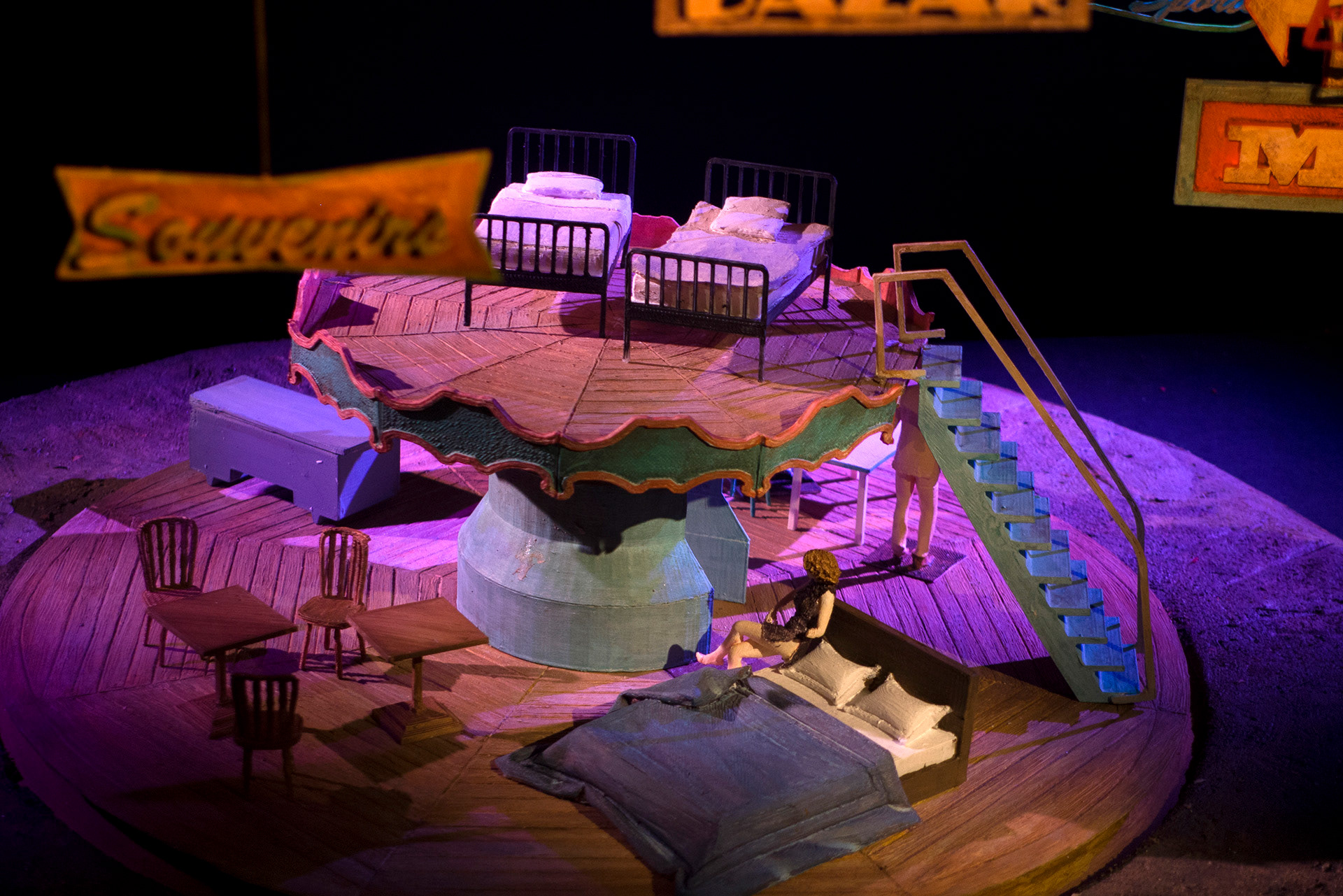 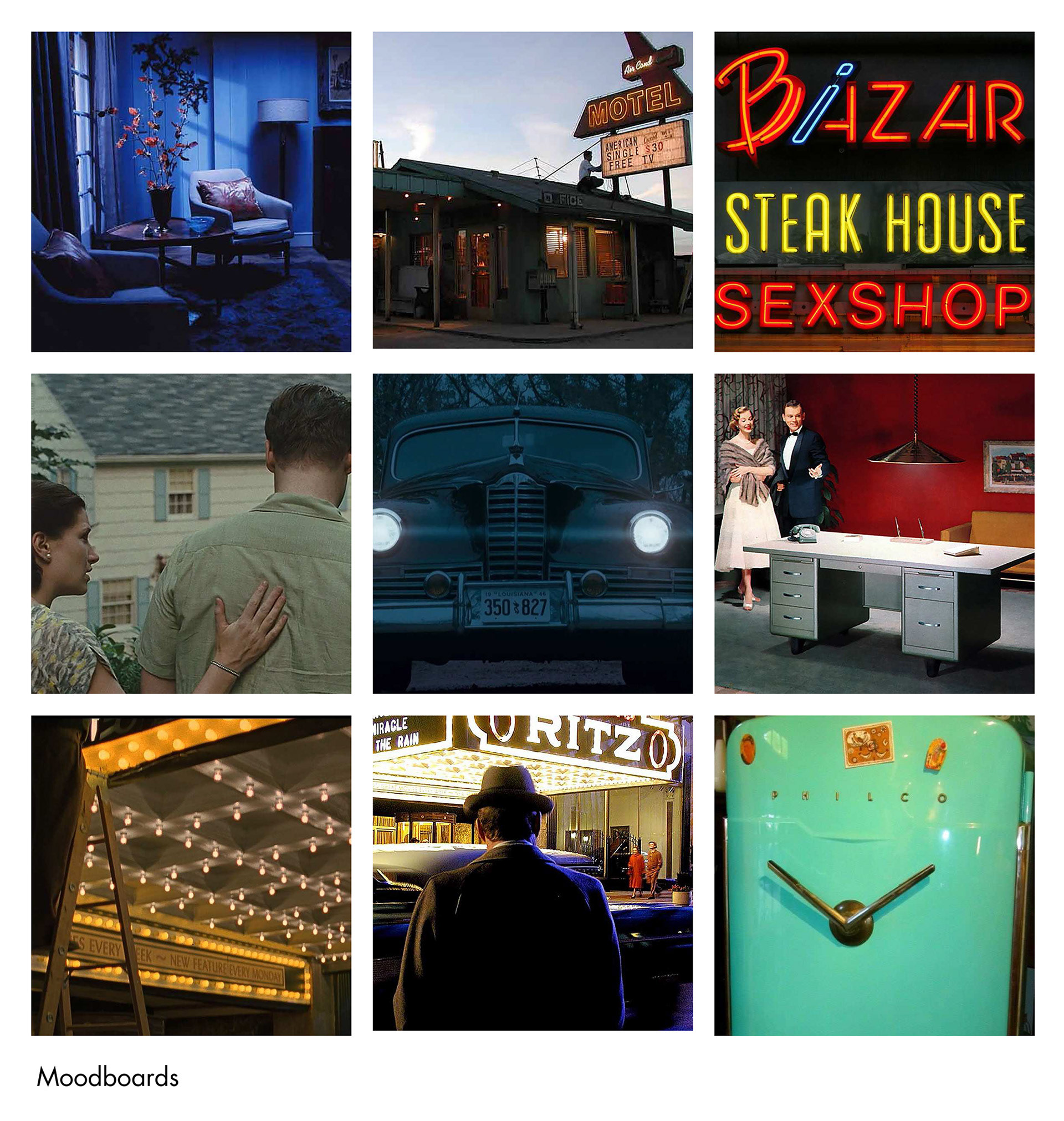 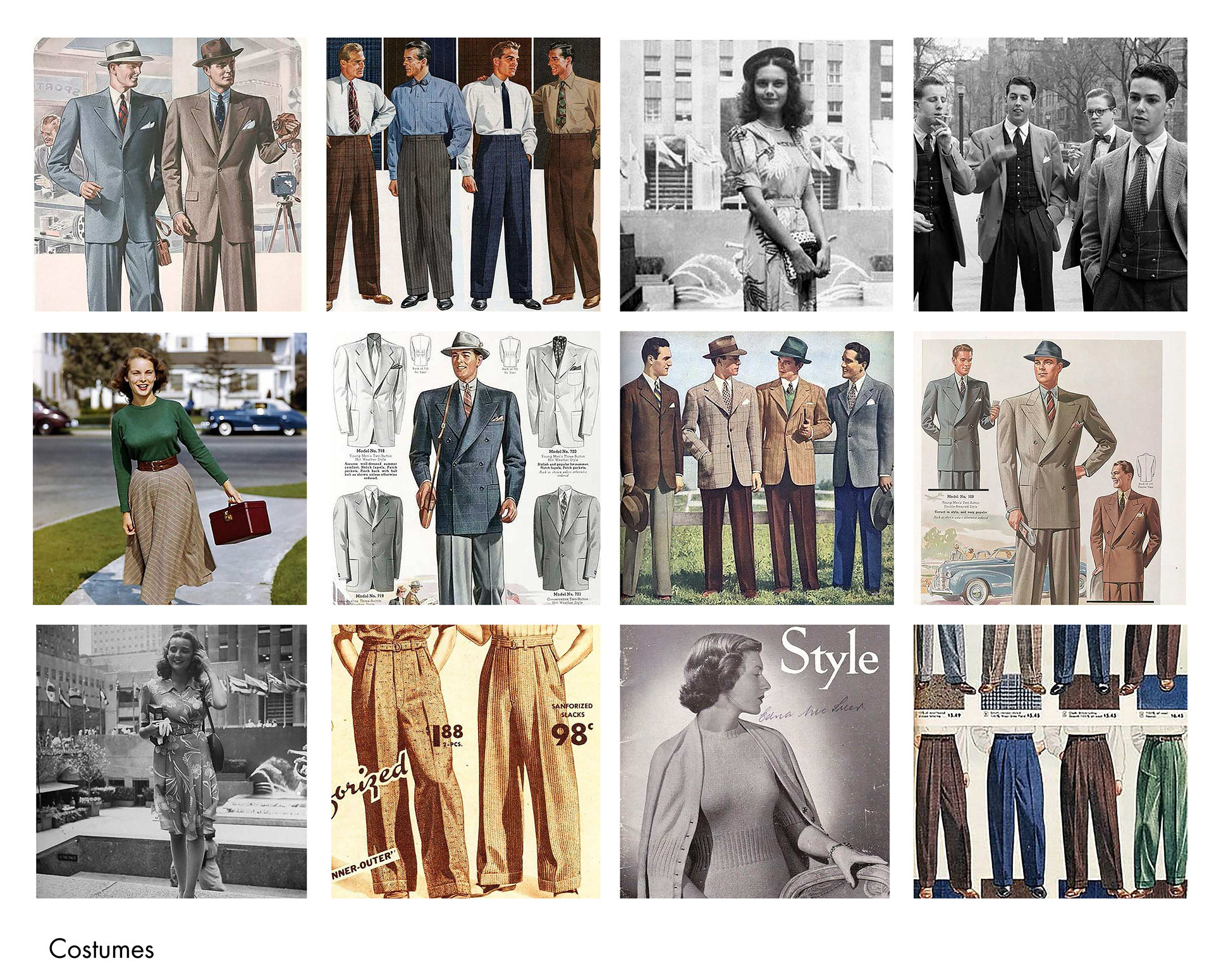